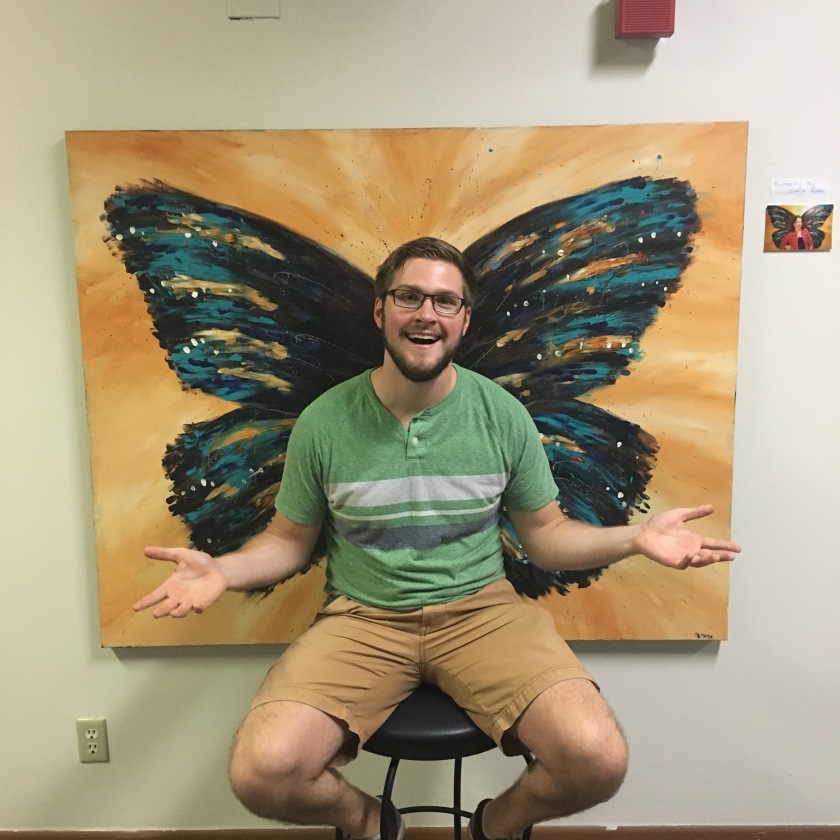 As the name suggests, today Sam (the boyfriend) and I went to the St. Paul Art Crawl. A lovely event where tons of artists’ galleries, workspaces and live/work in apartments are opened up to the public to try and get some exposure to their art! We had a busy weekend building up to this event, and even with constant pushing from Sam we only got to attend a few hours at the very end of the three day art extravaganza. (He was right… We should have gone WAY earlier…) Anyway. Near the start of our time there, we came across a whole basement of “galleries” which were pretty much tiny rooms artists rented out to have somewhere that they don’t live to do their art in piece. Most notably we came across a room with the older artist herself just resting in her comfy chair. She had a lot of watercolors propped up on floating shelves mounted on the walls (we didn’t take any pictures out of respect for her craft). I had at this point worked up the nerve to ask a real question of the artist:

“Do you draw the pen lines before or after you do the watercolors?” which I sheepishly followed up with “We’ve been arguing about this all day…” as though I needed a reason to be asking…

She responded with a great explanation about how it could be done either way and sometimes at both ends. She then said the question sounded like it came from experience (which I’ve definitely never thought of myself having ANY of) and I explained a short version of my story:

She then gave me some great instruction about trying watercolor as an on-the-go art form, showing me her small palette of watercolors (it had a ring on it!) and explaining how she uses a small towel to keep her brushes from fraying but, again keeping them easy to transport. She has no idea how much her little explanations helped me out!! I hope to be showing some new art projects soon. Probably with a little watercolor involved!

If I got you to read this entire BOOK, then you deserve an explanation for the picture that probably brought you here. Later on in our explorations we found a painting/stool set up with the words “you here”, “social media excuse!”, “#ShareArt”, or something along those lines at least. It allowed Sam and I to get these lovely photos!

Sam is amazingly photogenic when he tries not to be.

I should have worn better coordinating colors. If only I’d known!